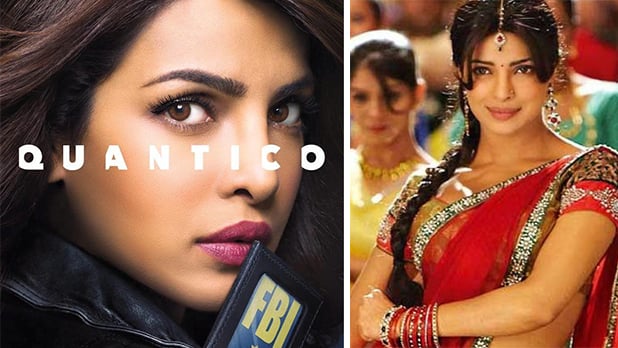 Guest: Priyanka Chopra This week we interview one of the world’s biggest movie stars. She acts, she sings, she dances, and as an FBI agent in the new ABC drama “Quantico” she kicks some serious butt! Priyanka Chopra, the Bollywood superstar has over 50 films on her resume, and is now taking Hollywood by storm – and making history by being the first South Asian woman to headline a US network drama. Priyanka Chopra was born in Jamshedpur India, but as a teenager she lived for some years with her aunt in the United States. She returned to India in her late teens and at 18 she won the Miss World Title, an event that helped start her film career. Today Chopra is one of Bollywood's highest-paid actresses and a vocal advocate for women’s rights. She has shown herself to be extremely versatile by playing a range of unconventional characters, including a serial killer, a glamorous femme fatal, India’s real-life boxing champion Mary Kom and an autistic woman in the internationally acclaimed romantic comedy Barfi!. In “Quantico”, helmed by Joshua Safran of Gossip Girl fame, Chopra plays Alex Parrish, a new FBI recruit in training who is accused of a terrorist attack as the series begins. The series premiered in September on ABC and airs on Sundays. In Sweden it premieres October 19th on Kanal 5.