Episode 19: ‘The Leftovers’ Carrie Coon & the Science of Good TV 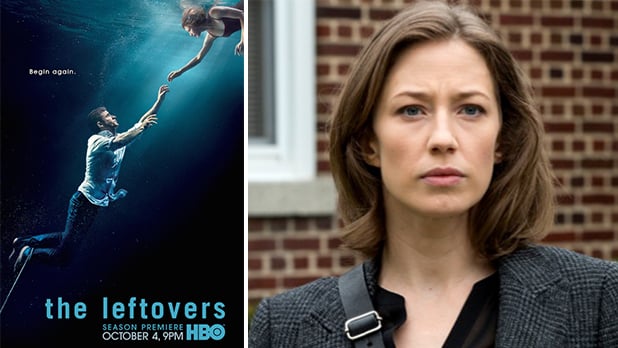 Carrie Coon burst onto the scene in 2014 with two remarkable performances in David Fincher’s Gone Girl and HBO’s The Leftovers. We are honored to speak with her! How would you react if 2% of the world’s population suddenly disappeared, including your husband and two children? This is the premise for Carrie Coon’s character Nora Durst on the hit HBO show The Leftovers, now in its second season. The show is co-created by Lost’s Damon Lindelof and the author of the novel, Tom Perrotta. We speak to actress Carrie Coon about her work on The Leftovers and what season two will bring for her character, what it was like to work with David Fincher on the psychological thriller Gone Girl and how the roles for women on television are evolving. Then we ask the question – can watching television increase your emotional intelligence? New research shows that watching award-winning television shows, such as Mad Men, Lost, The Good Wife or The West Wing, can increase our ability to read emotion and to empathize. We speak to Professor of Psychology Jennifer L. Barnes to find out what this research means for avid viewers like us.