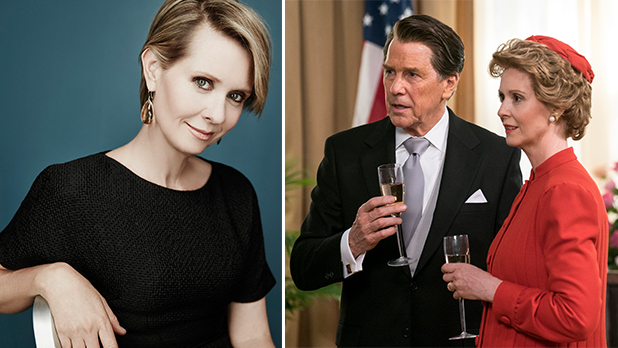 Emmy award winning actress, active spokesperson for fair funding of public schools, breast-cancer survivor and ambassador Susan G. Komen For The Cure – Cynthia Nixon is just as powerful as the amazing kaleidoscope of characters she has portrayed. For most of us, she is best known for playing the glamorous lawyer Miranda on the iconic series Sex and the City, a role that still resonates with viewers today. Her most recent role is a spot-on portrayal of Nancy Reagan in the National Geographic movie Killing Reagan. Based on the best selling book of the same name, the movie also stars West Wing alum Tim Matheson as Ronald Reagan. The story centers on the assassination attempt on President Reagan in 1981 by John Hinckley, Jr. – an event that rocked the world and forever changed the security protocols for any US President. We are honored to speak with Nixon about Nancy Reagan’s legacy, how she is similar to her character Miranda, how surviving breast cancer has changed her, and much more.