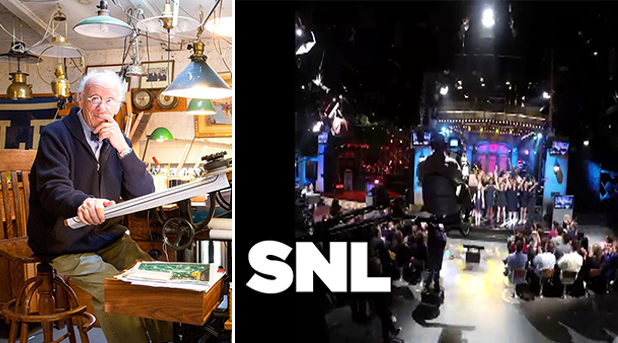 For those who follow Pop Culture Confidential, you know that we LOVE Saturday Night Live (SNL) and refer often to how it has influenced pop culture over the decades. We are so excited to be joined this week by Eugene Lee, who has been the original Saturday Night Live production designer since the start of the show's first season in 1975. At 77, he is one of the only original crewmembers still working. The SNL set Lee designed has a true New York vibe with real bricks and a nod to Grand Central Station. Three Tony Awards, 12 Emmy nominations, and one Emmy win later, Lee continues to carry on his accomplished tradition in theater while also leading the "SNL" production-design team, week in and week out. Lee comes from the theater world and has worked on Wicked, Sweeney Todd and Candide. He is not slowing down, he has also designed the sets for Jimmy Fallon and Seth Meyers, which show the variety of his work. Lee joined us from his home and workshop in Providence, Rhode Island where he is based. He commutes to New York every Wednesday to start the week at SNL, meeting with the directors and screenwriters to understand their vision for each skit that will come that week. He hand sketches each set and works up until the last minute before each show, perfecting what we at home see on screen. We discuss the wonderful legacy of Saturday Night Live, his work process and the joy he feels being such a part of the experience we have had watching SNL for the last forty years.