Episode 69: The stars of Orange is the New Black and Netflix Ted Sarandos 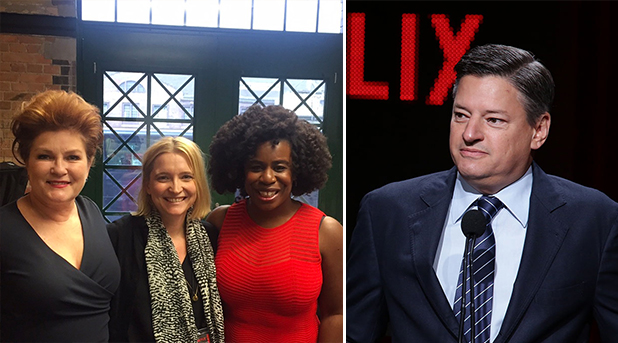 Now that the film award season has come to a dramatic conclusion we are happy to turn our attention to the upcoming season of television. This week’s episode of Pop Culture Confidential covers the recent Netflix event in Berlin where they unveiled the upcoming lineup. Host Christina Jeurling Birro was thrilled to speak with two of the stars of Orange is the New Black – Kate Mulgrew who plays Red and two-time Emmy winner Uzo Aduba who plays Suzanne ‘Crazy Eyes’ Warren. We also speak to Netflix Chief Content Office Ted Sarandos who shares his journey with Netflix and the power of user data in creating original content including the hit House of Cards. It’s a very special ‘on location’ edition of Pop Culture Confidential where we dive into the recent and upcoming milestones for Litchfield Penitentiary, what it means to be Captain of a Starfleet ship, the Oscar win for White Helmets and how Netflix is supporting film distribution, and much more!