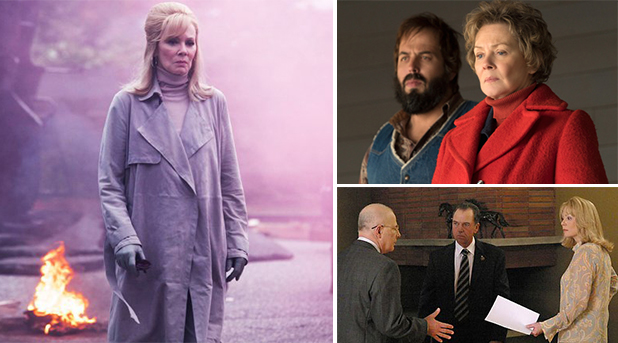 With unforgettable performances in Frasier, 24, and now one of this seasons’ most acclaimed new series Legion - Jean Smart is television royalty with a career spanning three decades and three Emmy wins. Smart’s career includes the iconic CBS hit sitcom Designing Women. A show that featured intelligent women who were both sassy and sympathetic and who expressed differing views on women’s issues. For her unforgettable role on Frasier, Smart won an Emmy, and on 24 she was gripping as First Lady Martha Logan whose fragile mental state deteriorated during the season. Smart then joined the Noah Hawley show Fargo where she gave a fearless performance as Floyd, the matriarch of the crime family. Their collaboration didn’t end there and today Smart is one of the stars of the acclaimed FX series Legion with Noah Hawley as co-creator. Legion is loosely inspired by the X-Men comics and here Smart plays Melanie Bird, a questionable therapist who is the leader of a group of super mutants being chased by the government. The show delivers a hypnotic and visual world that explores themes much as mental health in an unexpected way. We are very happy to be joined by Jean Smart on this weeks episode and to get the opportunity to speak to her portraying so many strong women, how she chooses her roles, and so much more!