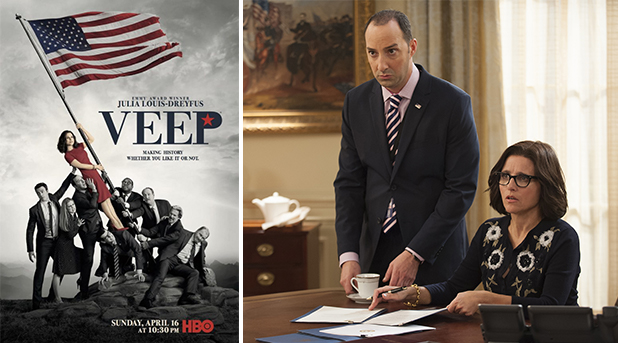 From Buster on Arrested Development, to his Emmy winning role as the devoted body man to Selina Meyer on Veep – Tony Hale has already proven that he is one of our generation’s comedy greats. Host Christina Jeurling Birro is joined this week by Hale ahead of the upcoming sixth season premiere of Veep. In this political climate, what is better than the return of HBO’s hilarious political comedy Veep. Hale returns as Gary, the anxious and often-bullied body man to now ex-President Meyer, who is portrayed by the incredible Julia Louis-Dreyfus. Before Veep, Hale inhabited another anxious character – fan favorite Buster Bluth of Arrested Development. The show gave him the opportunity to work with Jeffrey Tambor, Jason Bateman and legend Liza Minnelli who played his girlfriend. On this episode we find out how the recent U.S. election impacted the comedy in Veep, what Hale has learned from the comedy legends he’s worked with, his own experience with bullying and anxiety, and much more!