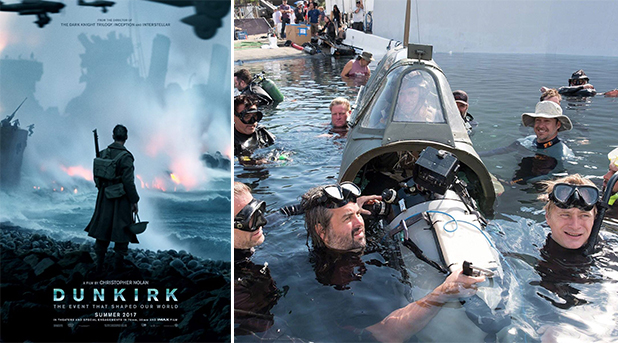 Spectacular, jaw-dropping, sweeping and intimate - Dunkirk marks the return of director Christopher Nolan and our guest cinematographer Hoyte van Hoytema. The World War ll drama is a different type of war story, about bravery and survival. It focuses on the days when 400,000 British and Allied troops were trapped by the Germans on the beaches of Dunkirk, seemingly doomed to die there. Shot on large format film, Hoytema and his team worked with Nolan to create the stunning camera shots – from the visually stunning dogfights to the challenging water shots. We speak to Hoytema about the creative technical solutions his team used on Dunkirk, the industries’ return to using large format film, his reflections on working with so many great directors and much more!