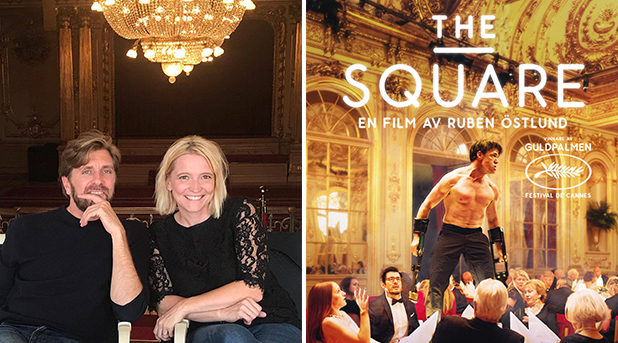 Our guest, Swedish director/writer Ruben Östlund, is the newly crowned winner of the Cannes Palme d’Or for his latest film "The Square", which is described as a poignant satirical drama reflecting our times. The suspenseful satire tackles the Swedish art scene, politics, media, community and national identity. The film stars Danish actor Claes Bang, Elizabeth Moss, Dominic West and motion capture artist Terry Notary, who gives a mesmerizing performance as the “ape-man” during a black-tie museum dinner. Östlund’s previous film "Force Majeure" won him the Jury Prize at Canne in 2014 and became a huge international hit. It’s about a father who runs away from danger instead of protecting his family and the emotional aftermath. The situation brings up the expectations of manliness and the uncomfortable humor of life itself. It was recently announced that "The Square" will represent Sweden at the 2018 Academy Awards, and we couldn’t be prouder to welcome its writer/director Ruben Östlund.