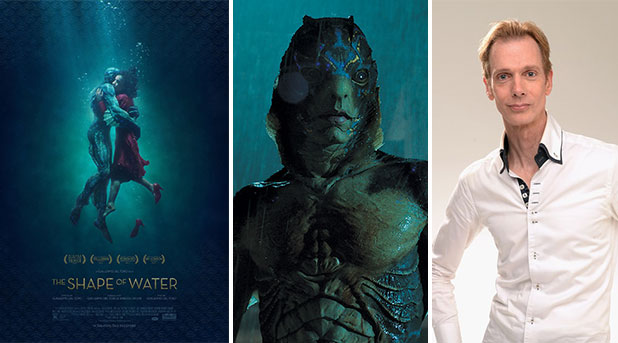 This year's Oscar frontrunner, with 13 nominations including Best Director (Guillermo del Toro) and Best Picture, is The Shape of Water. This week's guest, Doug Jones, is an integral part of the film, playing a nameless amphibian fish man captured at a military lab in Cold War era Baltimore. He becomes the love interest of a mute cleaning lady Elisa, played by Sally Hawkins. It's a romance like nothing we've seen before! Jones is an actor, former mime, and contortionist, with over 160 acting credits to his name. His twenty-year collaboration with director Guillermo del Toro has resulted in six films, one TV show, and twelve characters, including the films Hellboy and Pan's Labyrinth. Host Christina Jeurling Birro speaks to Jones about his long relationship with Guillermo del Toro, the emotional connection to playing creatures and monsters, the challenges of prosthetic costumes, and much more! The Shape of Water will premiere in Sweden February 14th 2018 and has premiered in the US and around the world.